Shannon Briske has over 20 years experience as a Certified Financial Planner professional and is a member of Assante Wealth Management's Chairman's Council Elite 2020, top 25 advisors in Canada.  He is a Graduate of the University of Saskatchewan, with a Bachelor of Commerce degree (honours in Finance).  Shannon grew up on the farm in Jansen, Sk, before moving on to play with the Portland Winterhawks in the Western Hockey League (WHL), and the U of S Huskies Hockey Team.  He and his wife, Jill, have three children.  Shannon loves hockey, golf and spending time at the lake with his family.

Along with Shannon, Byron Briske is also a member of Assante's Chairman's Council Elite 2020 and has over 15 years experience as a Financial Advisor.  Byron has a Bachelor of Commerce degree in Finance from the University of Saskatchewan and also holds the Certified Financial Planner designation.  Byron spent his younger years growing up in Jansen, Sk before moving to pursue a career in hockey.  During his 4 years in the WHL, he was drafted by the Anaheim Mighty Ducks.  After 3 years with the Ducks, he ended his career with the Montreal Canadiens organization.  He now enjoys water sports in the summer and heading to the mountains in the winter with his wife Danielle and daughters Bryelle & Bella-Rose.

It was hockey that brought Dane Byers to northern Saskatchewan and now you can’t keep him away.

Shannon Briske and Byron Briske are pleased to welcome Dane Byers to the Briske Financial Group and a career serving the people of Prince Albert and surrounding communities. With a Master’s Degree in Business Administration from the University of Salford in Manchester, England, Dane brings a global perspective to local wealth management.

Although his hockey career took him across North America and Europe, Dane’s love for northern Saskatchewan remained strong. In 2007, he purchased a home at Christopher Lake where he spent every off-season with his wife, Ashley, and his three sons, Boston, Beckham and Beau.

Now Dane is here to stay. After all, in his own words, “With world class golfing, fishing, snowmobiling, hiking and camping, and the best people in the world, how could I raise my family anywhere else!” 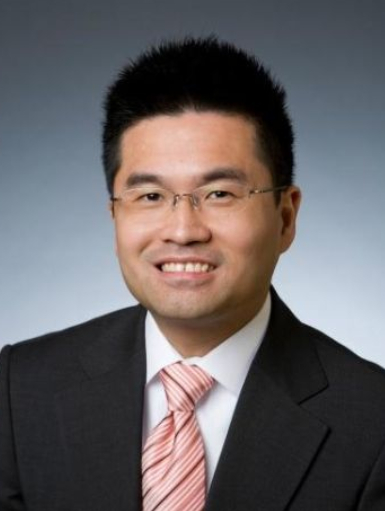 Alfred Lam joined the Investment Consulting team at CI Global Asset Management (CI GAM) in 2004 and is actively involved in manager selection and oversight, product development, asset allocation and currency management of CI GAM’s managed solutions. He leads a team of investment experts who monitor the portfolio managers and the funds’ portfolios to ensure they are adhering to their mandates and performing within expectations and oversees approximately 32 billion of assets invested in customized managed portfolio solutions* for our clients. Alfred previously held the role of Senior Manager of the Investment Management Team at CIBC Securities. He has an MBA from York University and holds the Chartered Financial Analyst designation. Alfred is a member of the CFA Institute and the Toronto CFA Society.

* With access to a wealth of tools and resources, Assante advisors and their clients are supported by the expertise of an investment management team and wealth planning group available through our sister company, CI Global Asset Management, and CI Assante Private Client, a division of CI Private Counsel LP.

As a Regional Wealth Planner, Betsy Nolin facilitates the delivery of wealth planning reports. Using a needs-based approach, Betsy works with our clients to not only gather pertinent financial information, but more importantly, to identify issues and help our clients articulate and document their goals in order to build plans that meet their complex needs. Working with the support of the wealth planning team, Betsy delivers plans that address retirement planning, cash flow management, risk management, business planning and estate planning.
Betsy became part of CI Assante Private Client in 1992. Her experience in wealth planning and financial services spans over 25 years. First, she was a member of our team in Saskatoon and in 1997 she transferred to Winnipeg, becoming a Private Client Manager in 2001; and subsequently a Regional Wealth Planner in 2009.
Betsy has a Bachelor of Arts degree in Economics from the University of Saskatchewan. In addition, she holds her Certified Financial Planner® (CFP®) designation.

Sorry we couldn't submit this form at this time. Please try again later.