Market Pulse - The week in review

US inflation numbers released on Thursday confirmed that we are now on a disinflationary path. Prices for goods, food and energy continue to stabilize while shelter costs remain stubbornly high but are expected to ease over coming months.

▪ US inflation numbers released on Thursday confirmed that we are now on a disinflationary path. Prices for goods, food and energy continue to stabilize while shelter costs remain stubbornly high but are expected to ease over coming months. Overall, this reinforces our view that inflation is and will continue to fall faster than most think.

▪ Markets were up on a week-over-week basis, adding to last week’s gains. The fall in inflation, coupled with the latest central bank rate hikes, has significantly reduced the gap between inflation and funding rates. This provides central bankers with the opportunity of reducing the pace of their rate increase or even contemplating ending their tightening cycle.

▪ We think it is important to distinguish between what central bankers say and what they do. Central bankers will remain hawkish in their communication as they want inflation expectations to remain anchored, but it is now becoming clearer and clearer that the cumulative tightening that happened over the last year is having an important but delayed impact on the economy, something they cannot ignore in their decision-making process.

▪ The quarterly earnings report season has started. On Friday, several US banks reported their Q4 numbers. Market reception was neutral to negative; while actual reported figures were overall quite strong, the uncertainty about the outlook is weighing on projections for 2023. 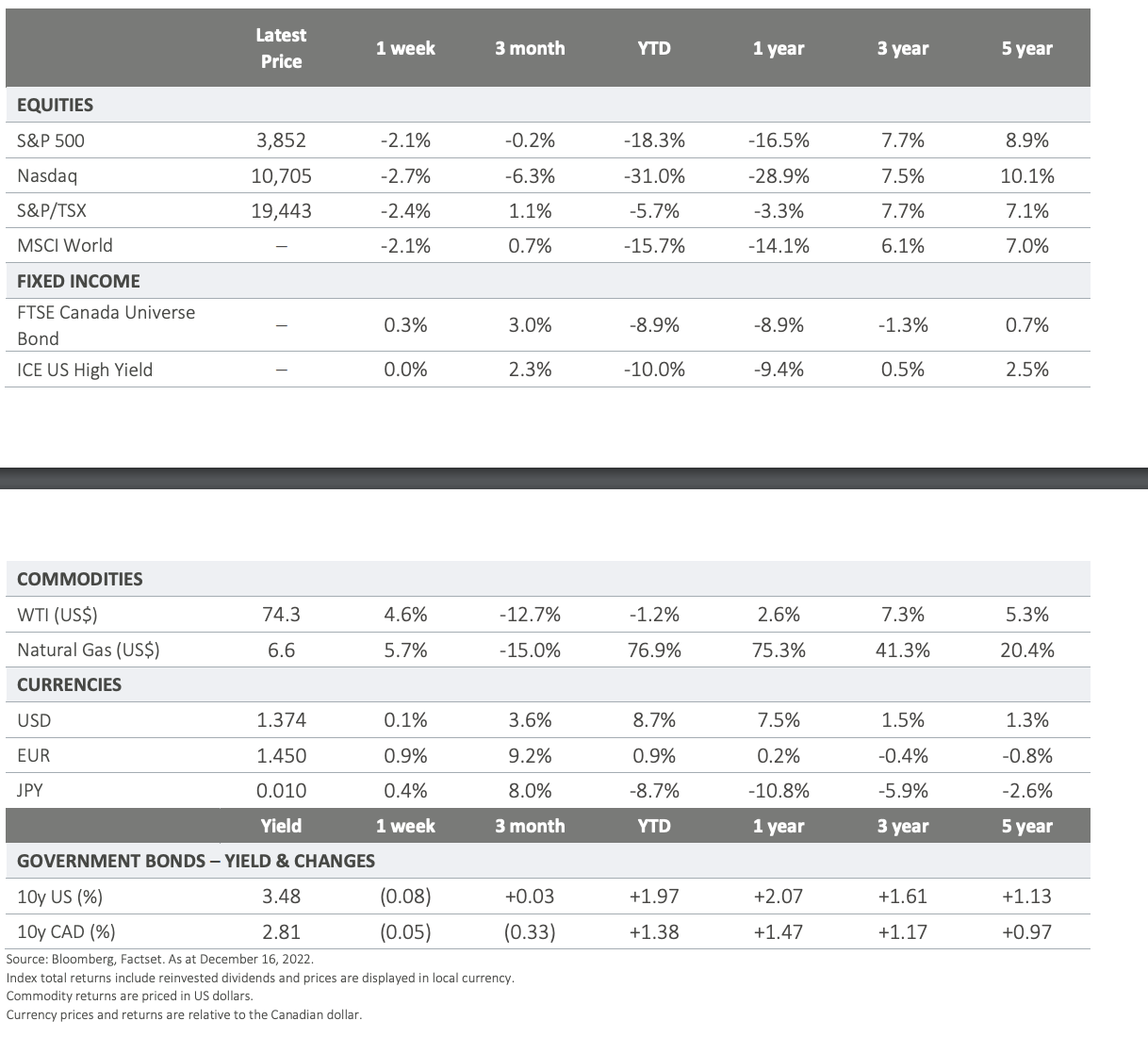 ON DECK FOR NEXT WEEK:

▪ December inflation numbers for Canada will be released on Tuesday and we expect them to show a similar disinflationary trend than in the US. The Bank of Canada’s Business Outlook Survey will be released on Monday, providing information on how the cumulative tightening is impacting the economy.

▪ Q4 Earnings will continue to hit the wire, providing further insights on the ongoing tug-of-war between disinflationary pressures and their positive support for valuations and the economic slowdown and its negative impact on earnings.